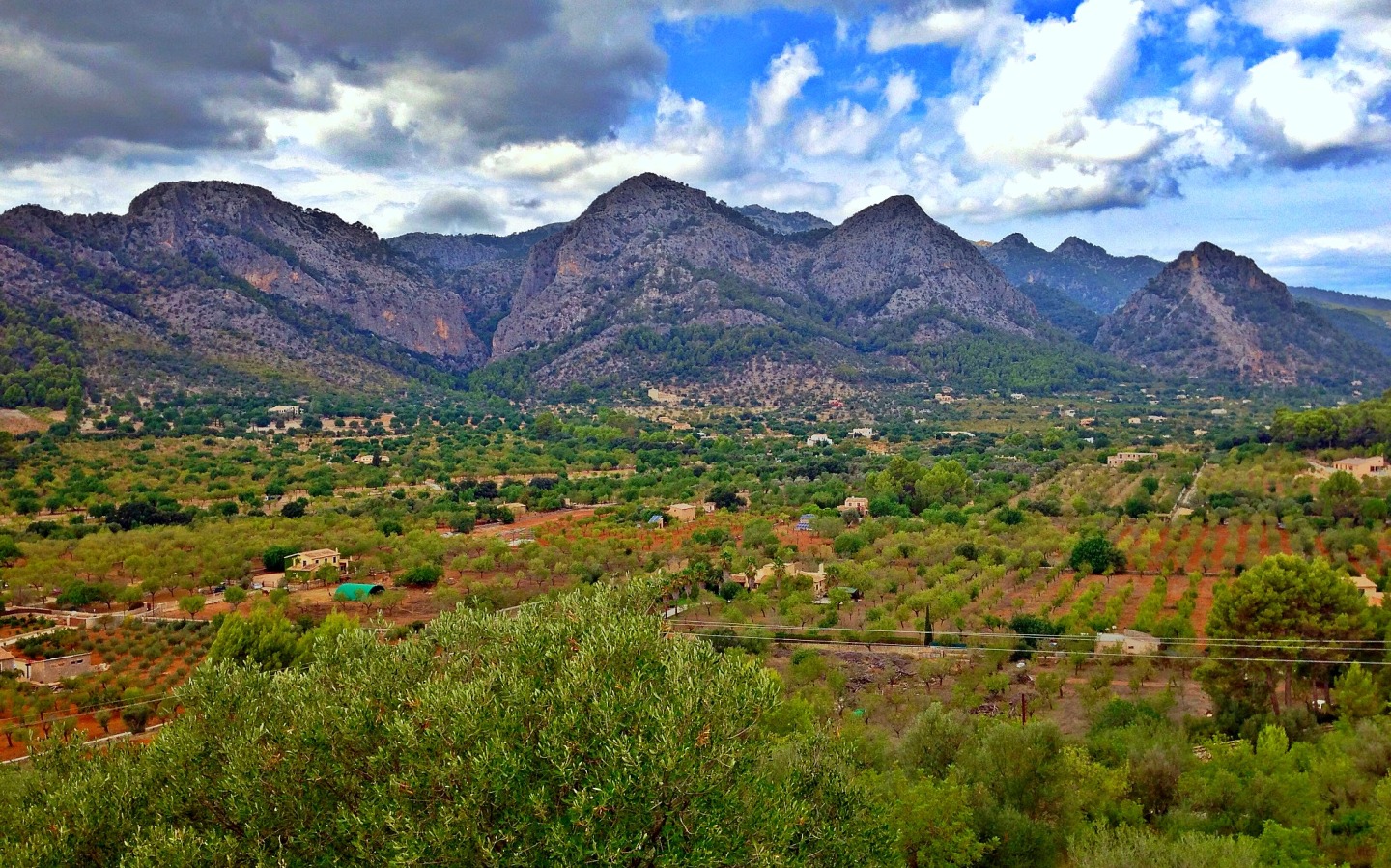 Mallorca should not only be known for its amazing sandy beaches or clubbing experiences, there is much more on offer. Believe it or not, Mallorca is home to one of the world’s UNESCO Heritage Sites and that is the stunning Serra de Tramuntana, a chain of mountains that crosses the island southwest to northwest. Within this bigger chain of mountains we can find the Serra d’Alfàbia, a much more humble set of mountains (“just” 1067 metres high) that is equally beautiful. Thanks to the regular rain received in Mallorca during autumn and winter (yes, it does rain in Mallorca), you can admire this green landscape.

They are the door to the impressive enclave of Sóller and its valley, crossed by the 1912 electric wooden train that runs from Palma to the northwesterly town known for its orange trees and its historical strong relationship with the south of France. In fact, they act as a frontier between the municipality of Bunyola and that of Sóller. Before the train line was built, it used to take less time to go from Sóller to the south of France than it took to go to Palma, therefore people in Sóller found it easier to trade with the south of France than with the capital. It is commonly said that people from this village speak Catalan with a hint of French due to their historical ties with France.

Cars were a different matter as there was a dangerous and long bending road through the Serra d’Alfàbia, but it was still a pain. It was not until 1997 that a toll tunnel was open to the public which allowed direct travel from Palma to Sóller crossing the mountain in a straight line, which saved time and brought comfort to drivers, however, at a cost.

The picture is taken from the Hospital Joan March (Caubet), just south of Bunyola. The hospital is owned by the regional government and focuses on respiratory problems (no wonder, this is fresh pure air!). It might sound like a weird recommendation but I strongly advise to stop by if you have a chance as the breathtaking views are really worth it. Just follow the Ma-11 road towards Sóller and leave at Camí de Caubet as soon as you see the sign for the Hospital Joan March. Let me know how it goes!