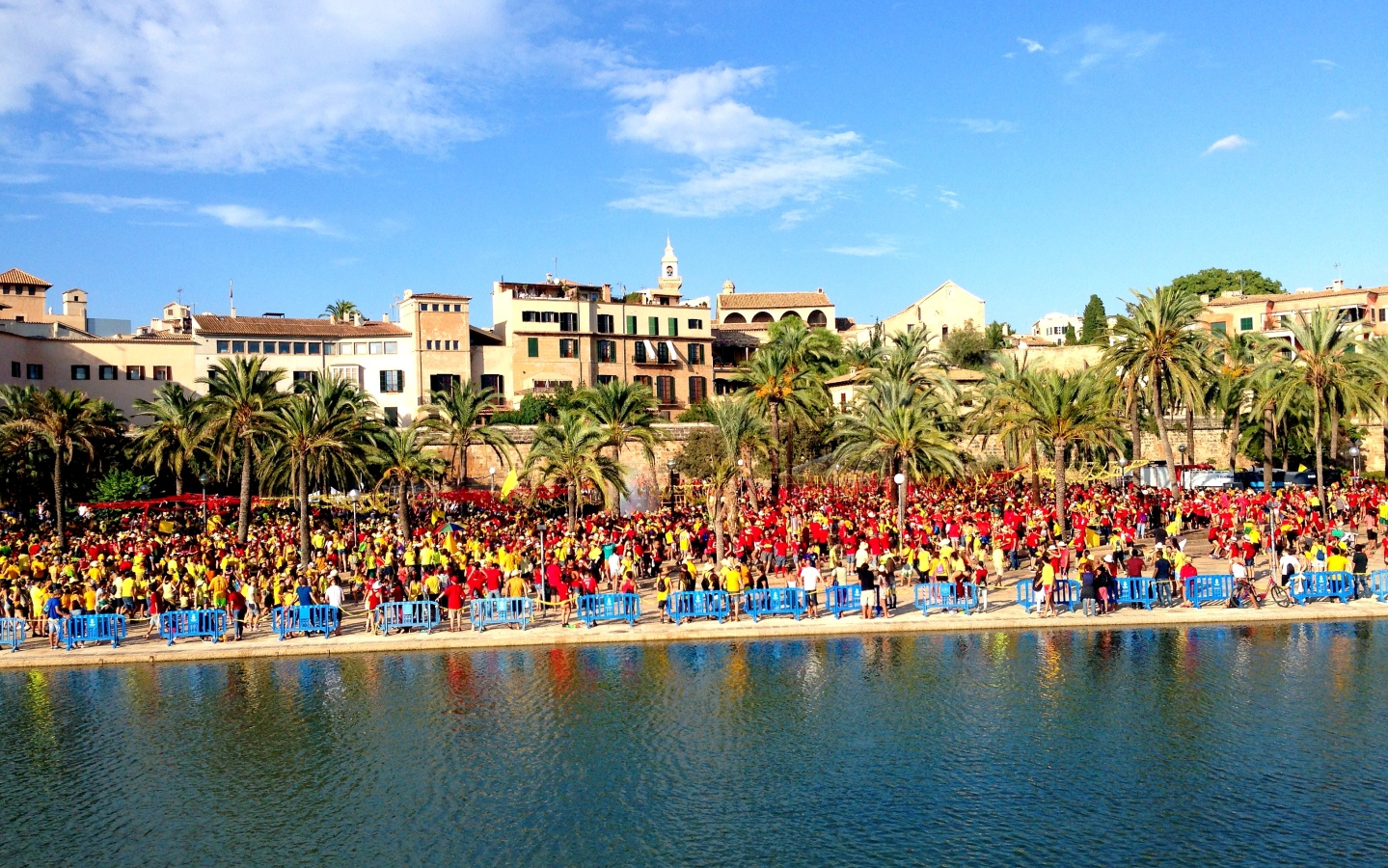 Everyone knows people in Spain know how to have fun, but would you ever imagine you would find thousands of people throwing water at each other in the centre of a city? Well, that’s exactly what a good number of tourists saw when visiting Palma last 6th September. It was a pretty hot day so why not refresh with some fresh water? Ready for a bit of history?

Canamunt i Canavall are the two names given to the high and low part of the old town of Palma in XVI century Mallorca, where two noble families lived and confronted each other. Their fights took place in Ciutat de Mallorca (this is how Palma was known centuries ago) and the whole island in late the late XVI century and most of the XVII. This confrontation first started after the Revolta de les Germanies de Mallorca or Brotherhood of Mallorca in 1521. This was a revolt against the urban middle-class and the high nobility, in part influenced by the Revolt of the Brotherhoods in the Kingdom of Valencia, which occurred in 1521 as a consequence of the imprisonment of seven artisans. After the so-called Germanies, the noble families wanted to get more power so this is when rivalry comes into place. It was a race to monopolise economic and political power amongst them all.

As rivalry grew stronger, confrontation between certain families increased proportionally. It mainly occurred between urban families but it was not uncommon to gather support in the Part Forana (any territory outside the Palma area is known this way) in the form of bandits, who offered support and assistance for their bloody revenges.

The actual names of the most important families involved were the Anglada and the Rossinyol, however this only led to the formation of actual group of bandits which continued to fight with more or less intensity until the early XVIII, when the War of Succession took place. Fights were usually lit up by love affairs or bad comments between the two sides. Nicolau Rossinyol was flirting with Elisabet Anglada, however Elisabet’s parents did not accept Nicolau. As a result, Nicolau’s parents spread bad words towards Elisabet and her family, leading to an attack by the latter family.

In 1666, however, a great effort by the authorities helped reduce the number of fights as a number of measures were introduced to put an end to the problem. In 2015, Palma town hall moved by popular initiatives such as that of Orgull Llonguet (which revive a traditional type of bread in Palma, the llonguet, kind of lost for some decades) organised a giant water fight, where people would adscribe to one of the sides (Canamunt or Canavall), start at either Plaça Drassanes or Porta del Camp and wearing a yellow or red tee-shirt depending on the group, and then find themselves at Parc de la Mar for a giant water fight!

Next time you see people throwing water at each other in Palma, you know what it is all about!