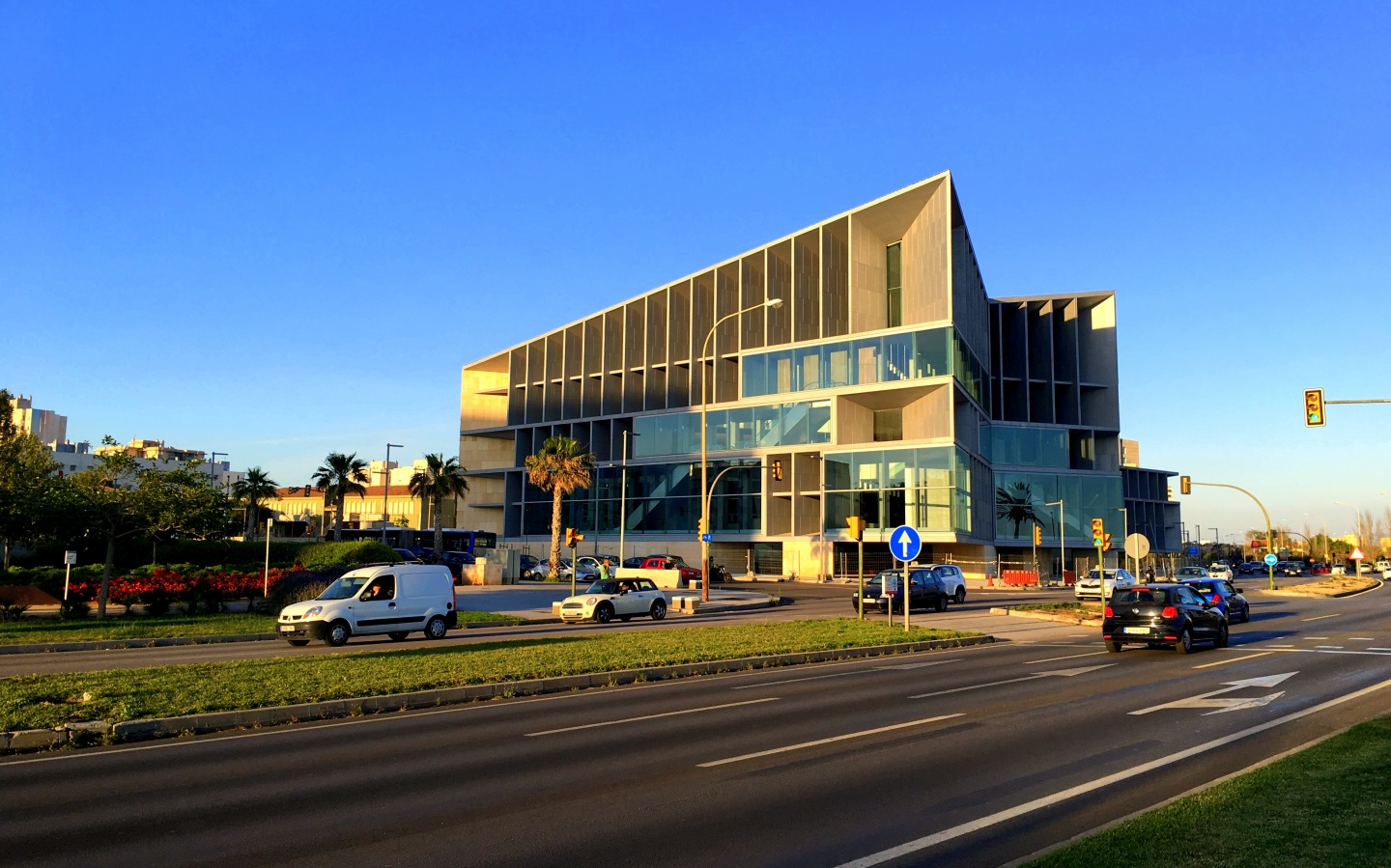 Palma has a new icon on its seafront, the Palau de Congressos. It has been recently finished after a rather controversial construction since works began 1o years ago. Some people claim the city did not need such an enormous congress centre although I believe the current congress palace (situated at the Pueblo Español) cannot cope with the growing demand for this type of space. It is also helpful as there are increasing efforts to try and transform the island’s economy into a less seasonal one.

It is a modern infrastructure designed by Francisco Mangado which can host up to 20.000 people at a time during a congress or fair. The palace is designed so that it makes full use of Palma’s beautiful and clear light and sea views. There is a five-star hotel next door which is part of the complex and will be able to host those visiting for congresses taking part at the main building.

It is not fully accessible yet although Palma town hall is organising guided tours so that citizens can get to know this new space in the city. I hope it starts hosting congresses very soon for everyone to enjoy this building and the areas around it, as well as the planned restaurants and bars in the area!