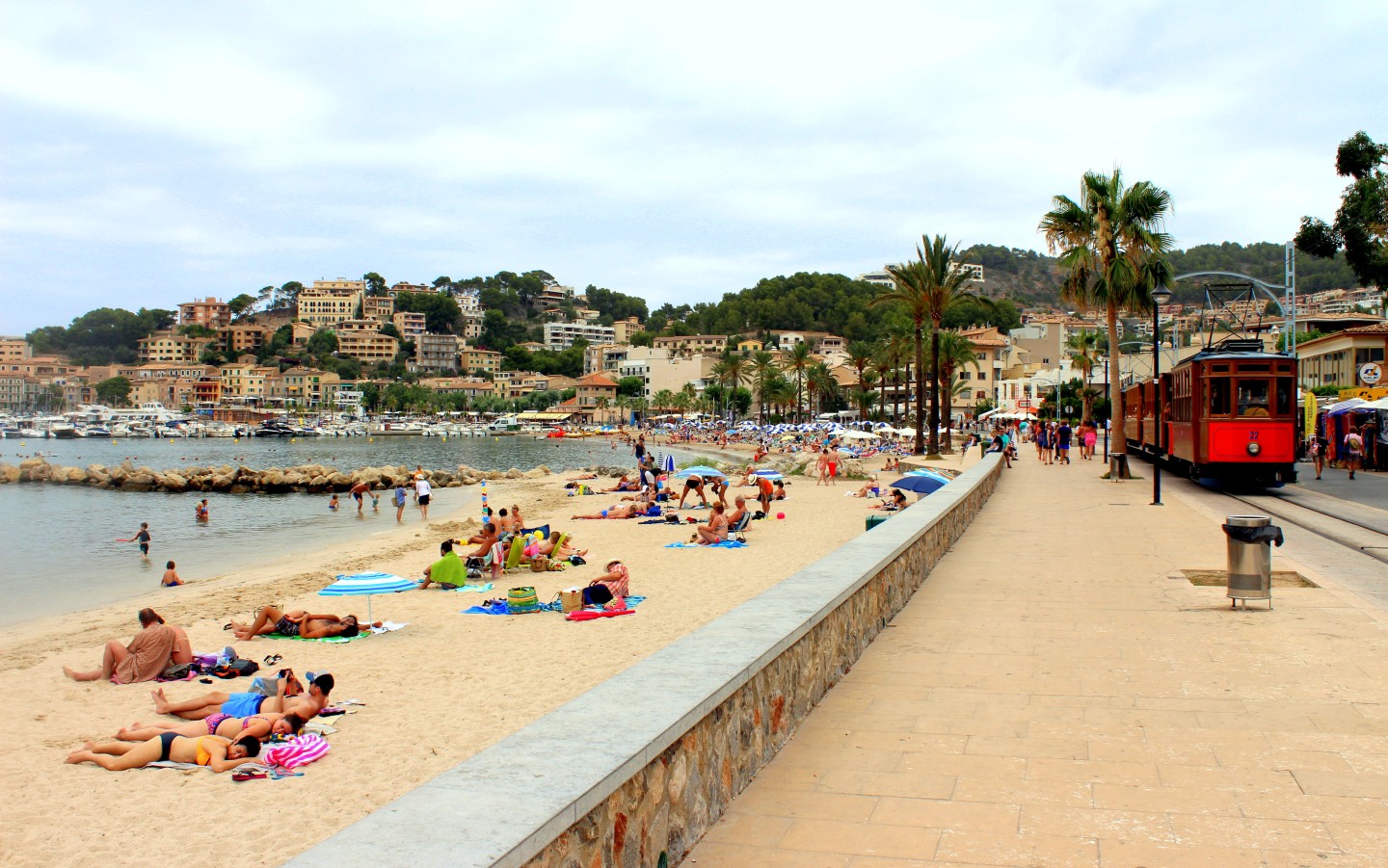 This is in my opinion one of the most beautiful parts of Mallorca, Sóller and the Port de Sóller, which we visit today. If you remember from the previous post about Sóller, it is a village located in the Serra de Tramuntana mountains, about 30km north west of Palma. The best (and most bohemian way) of reaching Sóller and its port is by using the old electric wooden train that runs from central Palma, even if it can be a bit expensive but totally worth the money because of the experience and views. Palma to Sóller is 16 euros at the moment and if you get a return ticket that is 22 euros.

Once you arrive at Soller’s beautiful Modernist train station, you can hop on the tramway which stops just outside the main train station. The line is 5km long and it opened in 1913. In fact, some of its carriages are the original ones used since that year. Again, this can be a very expensive ride (6 euros for a single ticket) but again, worth the money not just because of the views but also because of the smells. Yes, I am not crazy, it is part of the experience as the tram runs between fields of orange and lemon trees and the smell is amazing when they are blossoming.

Port de Sóller is only about 3km away from Sóller village and it is not just a port but also a beach and a tourist destination with great cafés, restaurants and hotels (such as the luxurious Jumeirah Port de Sóller). The view is great anywhere you look as Port de Sóller forms a bay with two lighthouses, one at each end. From here you can take boat services to the popular sa Calobra, which is a beach formed between two high cliffs – another must if you visit the island!