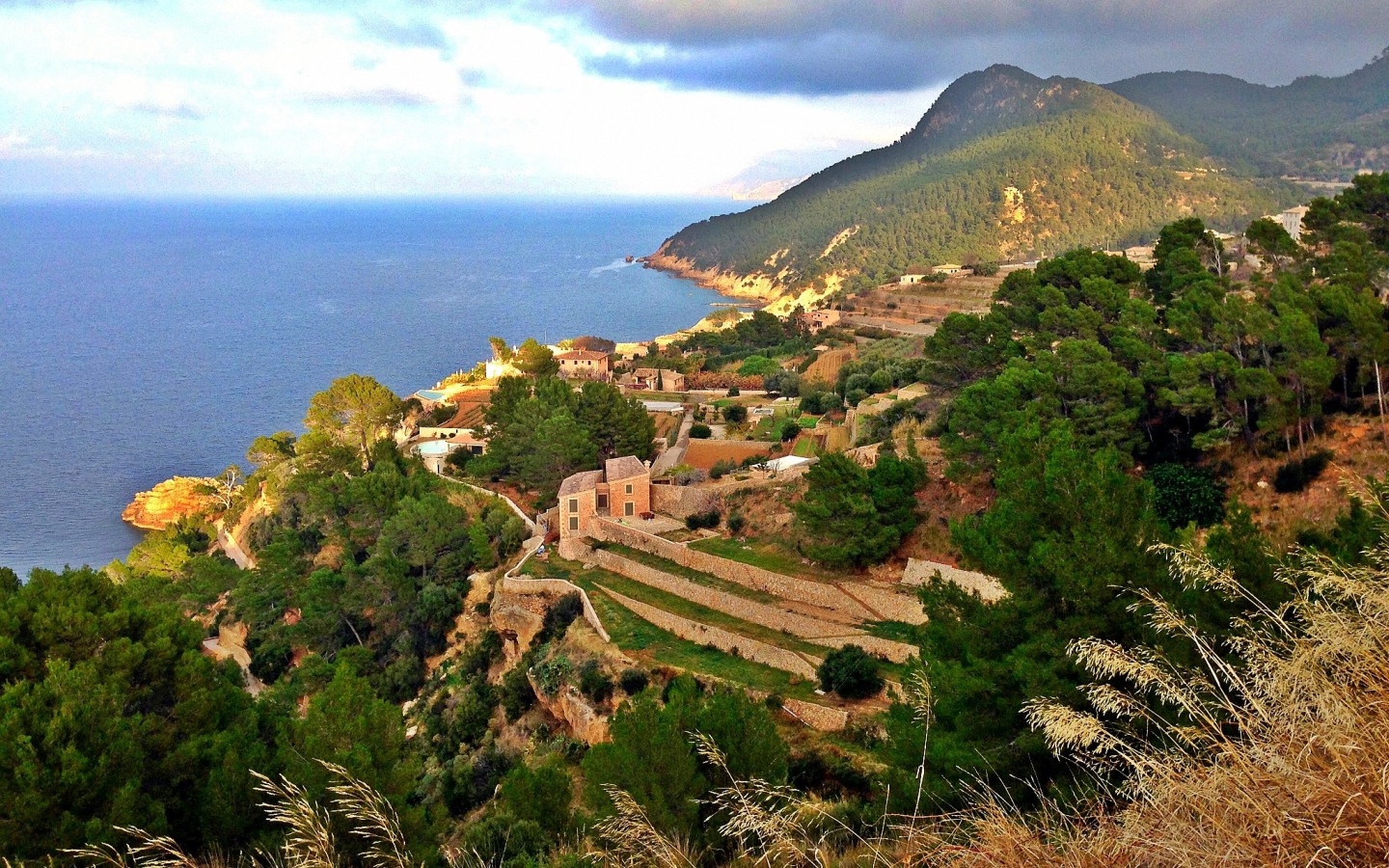 The picturesque village of Banyalbufar is located in south west Mallorca

Few places in Mallorca release the Mallorcanness (if that ever exists) as well as this beautiful village called Banyalbufar. Located between Estellencs and Valldemossa and easily reachable via the Ma-10 road that crosses the Serra de Tramuntana from south to north, this is often forgotten by tourists visiting our island.

The setting could not be better, set in the recently declared World Heritage (Tramuntana mountains) and next to the Mediterranean sea, this quiet village will definitely catch your eye. It only has around 600 permanent inhabitants so if you fancy having a day off the busy Mallorcan beaches during the summer months, escape to Banyalbufar!

The name comes from Banyalbahar, “banyal” being the name of the original Moorish setting in the area, and “bahar” from the old Catalan/Latin meaning by the sea. That’s what it is, in essence, a village by the sea.

The inhabitants of Banyalbufar focused on agriculture and less so in fishing. They cultivated many different products, especially grape, barley, wheat, pulses, olives and hemp. Wine production has always been important in this area and was, in fact, one of the reasons that led Jaume I to conquer Mallorca. After a long period of decline in producing grapes and wine, there are now efforts to revive this precious fruit.

Agriculture mainly takes place in the marjades, which are the terraces of soil that you can see in the picture. This is to be able to build walls to retain the soil and be able to plant trees and plants even when the terrain would not allow it (as it is falling towards the sea). It is one of the most beautiful features of the Serra de Tramuntana and one of the reasons why it has been declared World Heritage, as it has been done in the island for thousands of years.

Today’s picture was taken leaving Banyalbufar towards the south before reaching the Torre de les Ànimes that we will visit on a future post.