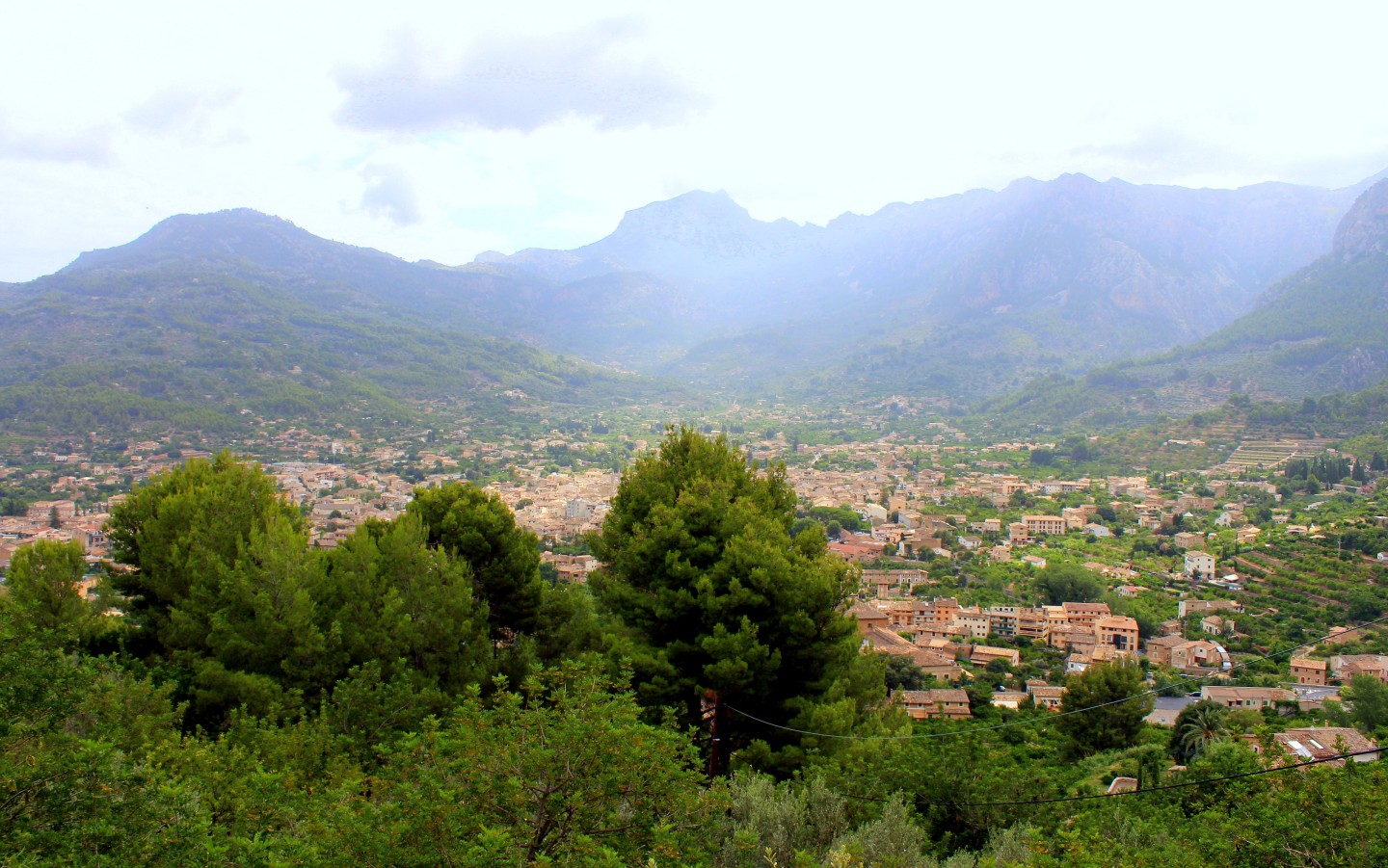 Landscape view over the valley of Sóller, a beautiful green area of northeast Mallorca

Sóller is one of those places that help make Mallorca a magic place. Located around 25 kilometres north of Palma in a valley northwest of the World Heritage Serra de Tramuntana, this is a stunning village. It has a strong personality and features a few Modernist buildings, such as Sant Bartomeu Church in Sóller’s main square, the adjacent Bank of Sóller building or the Modernism Museum of Can Prunera.

I recommend you take the electric wooden train from central Palma, which is again a magic ride through the Mallorcan fields and the rocky mountains of Tramuntana. It takes about an hour and costs 15 euros for a single ticket to Sóller or 21 euros for a return ticket (current prices as of December 2015). You can find more information here.

In fact, the train stops for a few minutes at Mirador Pujol d’en Banya, from where you can get the view pictured in today’s photo. You can see the popular Vall de Sóller (valley of Sóller), and the village of Sóller itself. It is not uncommon for the valley to be covered by mist as it is quite a humid place (you can see by the greenery) and it does rain quite a lot.

There are plenty of orange and lemon trees in this area and this gives the village a great reputation for that. However, this Mallorcan area used to have a decent industrial textile sector, an example of this being the Fàbrica Nova, which only closed in 1997. Their economy is now based mainly on tourism, like the rest of the island.

The alternatives to get to Sóller are a toll tunnel or a really winding road that goes up and around the mountain and then down into the village (it is a nightmare). You can also take a bus which would normally use the toll tunnel. No wonder why people in Sóller would have stronger trade relationships with the south of France than with the rest of Mallorca before the tunnel or the train were built!