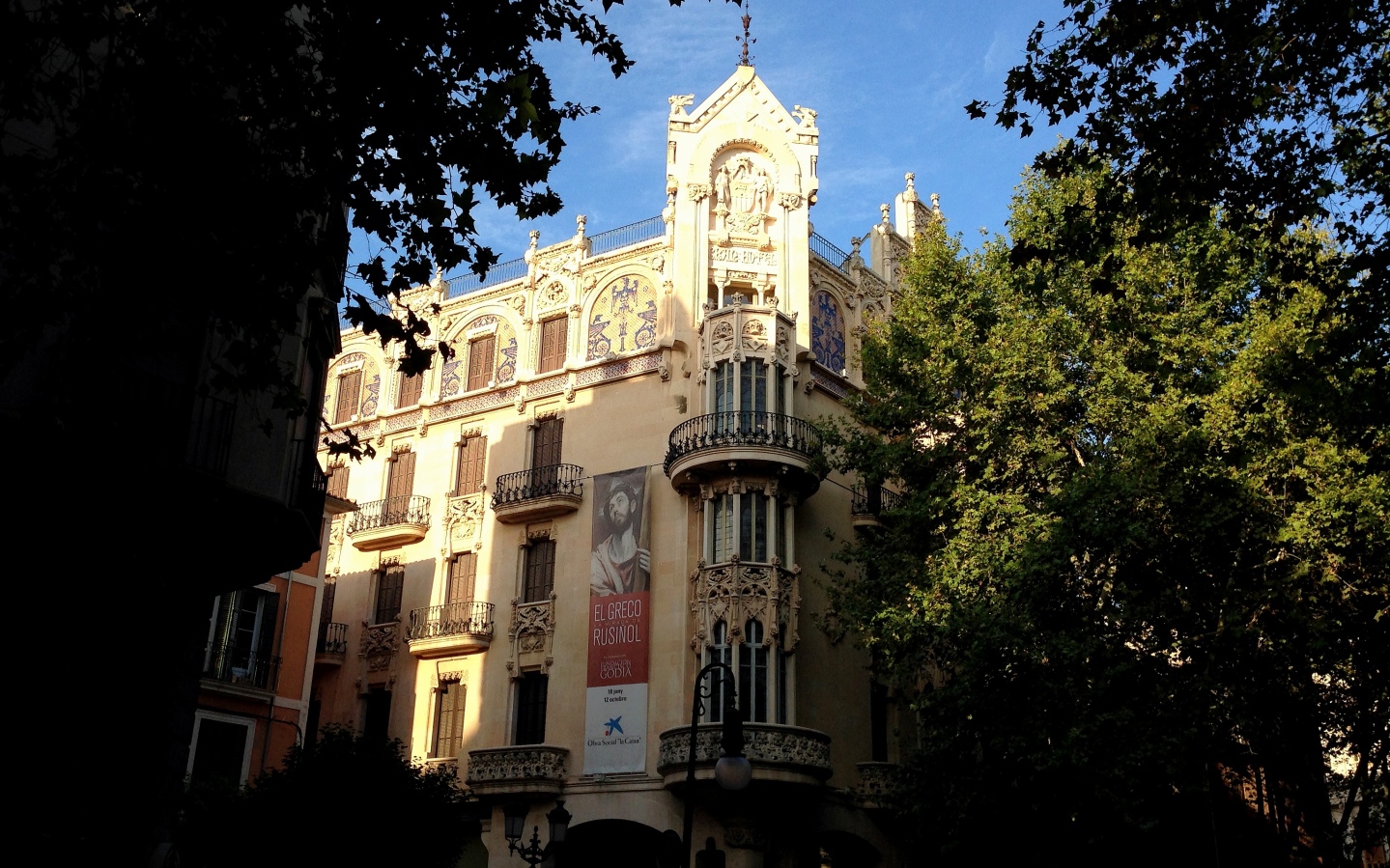 The Gran Hotel in the centre of Palma is one of the most well-known (and most beautiful) examples of Modernism architecture in the capital. It was designed by Lluís Domènech i Muntaner, the architect who also designed the Palau de la Música in Barcelona, and was finished in 1903. It is located at Plaça Weyler, 33, just a stone’s throw away from other popular icons such as the Ramblas, the Teatre Principal or the Avinguda Jaume III.

It is known to be one of the first hotels focused on mass tourism (if not the first one) and it was the most luxurious hotel in the whole of Spain until the Ritz opened in Madrid in 1910, acting as a leader in its sector. Take a look at its beautiful façade, ornamented with tiles, grilles, sculptures, windows, all inspired in Modernist patterns. It contained 150 beds and believe it or not, only ten had their own bathroom.

Part of the hotel was the Villa Victoria, what we know today as the Gran Meliá Victoria, in front of the sea at the harbour. Both hotels were well connected by the tramway network, so clients would often want to have lunch at Villa Victoria whilst admiring the sea view.

The Gran Hotel closed permanently in 1941 and it was later bought by the state, which then hosted the Instituto Nacional de Previsión, thanks to which the Spanish National Health Service and Social Security were born. However, in 1993 the building was bought by La Caixa, a savings bank, which transformed it on a cultural venue part of its social branch maintaining its original features. Thanks to that, we can all visit it today and I strongly encourage you to do so! It is home to a permanent paintings collection by Anglada Camarassa and many other temporary exhibitions. It also has a cosy café on the ground floor for you to relax and enjoy the atmosphere of the place!