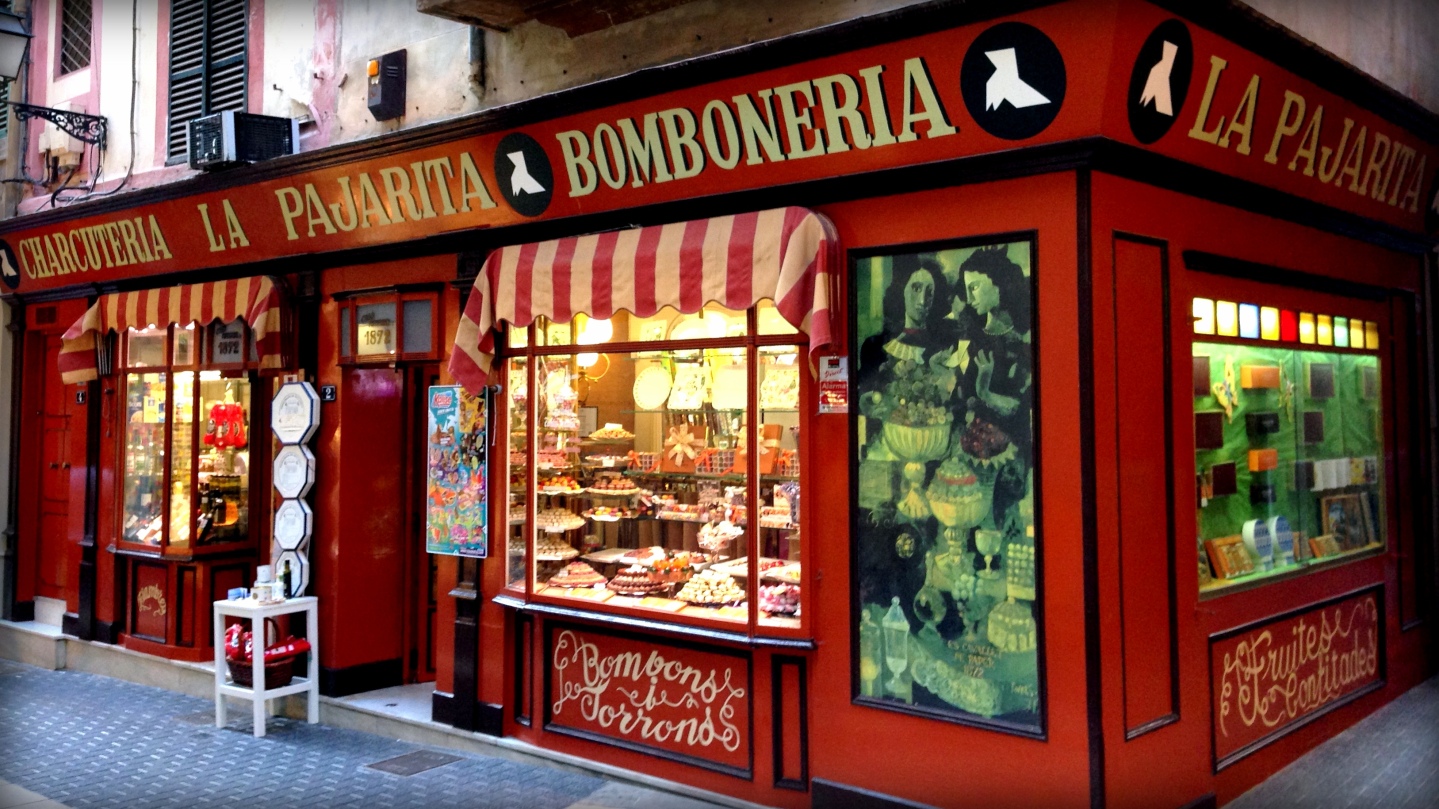 Gourmet charcuterie and chocolate shop in the centre of Palma

If you are a fan of all-things-gourmet, this is the place for you. Initially called “Es Cavallet de Paper”, it was established in 1872 by today’s owner’s great-great-grandfather as a chocolate shop following a trip to Switzerland to learn how to make confectionery. The shop was aimed at the Majorcan bourgeoisie of the time and it was pioneer in many ways in the island. Some of its first clients include the Archduke Luis Salvador or the famous Robert Graves. The legend tells the former one used to ask his servant to try products first due to his fear of being poisoned.

Popular products today such as bananas, coffee or Moët Chandon champagne could only be bought here in the late XIX century Mallorca and there lies the importance of La Pajarita, which is located in Carrer de Sant Nicolau, 2-4. It was also the first one to have an electric fan or a machine to cut cold meats, as it also started selling charcuterie products.

In 1972 it was physically separated into two different shops next to each other but under the same sign and that has remained until nowadays. The front decoration simulates an early XX century theatre or a box of biscuits and it definitely will not go unnoticed.

Not only they sell in-store, but they also deliver nationally and internationally, and even to cruises visiting the island. During the Christmas festive period, they can prepare customised products for your events. If you happen to visit Palma’s old town, make sure you pay them a visit!